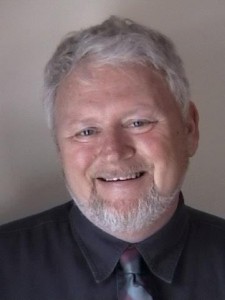 Having graduated high school in 1966, I (Greg Kimball) completed college and a stint in the navy before becoming a police officer around 1973. In the mid-70’s I was driving a police cruiser slowly down a dark street about 2 or 3 in the morning, staring ever diligently for some indication of anything wrong, something out of place, someone who didn’t belong where they were. Suddenly my dispatcher blasted the quiet to tell me I had a missing Corvette to take a report on. That once a month, five day midnight shift I believe we had 3 corvettes stolen out from under our noses. Each officer on my shift had between 4 and 6 thousand citizens along with their inside and outside property to protect. If you drove like crazy you could maybe pass every house in your zone once during the 8 hour tour. At that pace of course, you wouldn’t see the things you were looking for. It seemed like all I ever did was take reports on missing or stolen property. This wasn’t what I had signed on for.

Then one night a partner and I dragged a drunken bar brawler into the local E.R. to get stitched up before delivering him to the county jail. It so happens, my wife was an R.N. in that same E.R. The “Dirtball” looked at her name tag and then mine and then back at her again and said “I know who you are and where you live”. A moment before he couldn’t even spell his own name, now he’s threatening my wife. Well – a persuasive exchange of sorts occurred and I never saw him around my property but the incident made me realize that when I wasn’t home I still needed protection for my wife and children. Within two weeks my entire yard and drive way was surrounded by a gated fence. Behind that fence was a Great Dane with total freedom to roam.   That dog learned to love running full out towards someone on the other side and stopping just before crashing into the fence. I suspect many folks uncontrollably relieved themselves after experiencing one of these charges. Funny thing was, that just enjoyed the game. She never had the temperament to bite anyone. Most Great Danes are just big clumsy lovers not fighters.

While in the Navy I had some helpful training in electronic avionics which had already advanced to the computer age. By the end of the month I had read a book on electronic security, bought the components, and installed my first alarm system in my own house. From that day on I felt that my family and my property were always safe when I was not around. In fact I slept better than I ever had and left the house unattended without a worry from that day on. A friend and then a relative asked me to install a security system for them and before I knew it I had a side business installing alarm systems.

One day it dawns on me. I could drive the streets all night and protect no one, or I could walk out of a house or business after installing an alarm system and feel like THEY & THEIRS at least, were safe from now on. Someone would pay me directly to provide them with protection and I could confidently deliver it. Don’t get me wrong, the chases were fun and the occasional apprehensions were fulfilling. When I did get there in time, being the cop standing between someone being molested and their attacker was more than simply rewarding but we had a saying back then: “Police work is 99% shear boredom and 1% shear fright.” The desire to make more of my time/efforts meaningful eventually lead me in 1978 to leave police work and go full time with my electronic security business, Kimball Alarms. Almost 40 years of being in this business has included buying many other alarm companies to add to our customer base, selling one, multiple name changes and as we evolved became Protective Services Group, Inc. 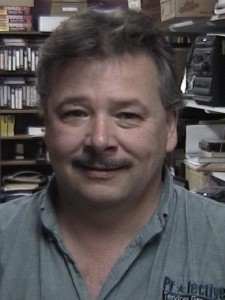 Henry Tiver, my partner graduated in 1984. Also wanting to have a meaningful career he started out selling insurance to protect people. That being a fairly, shall we say uneventful daily life, he soon enlisted in the Marine Corps following a tradition in his family of serving in the U.S. armed forces. Henry did well in boot camp and round up getting his choice of advanced training which was in radio & electronics. Life moves fairly quickly in the Corps so before long he was stationed in billeted in Norway.

One day while rapidly stringing communications cabling the jeep he was in rolled down a hill. Many months and a lot of operations later, Henry was able to walk again but the Marines felt that with the potential for lifelong back issues they had no choice but to put him out on a disability discharge. Honorably discharged he spent over a year trying to lie, cheat and steal his way back into one of the military services, but it wasn’t to be.

Looking for additional occupational training he went to an alarm installation training school run by Henkel & McCoy. Shortly thereafter he started working for a company he would one day buy from its owner. Henry worked for other companies including Third Korp Security Group, Inc. which is where he and Greg met. Electronic security is a business that you first work at moving up and up to a larger company for better pay and better customer service. After a while though you begin to realize that the bigger the company gets the more they charge the customer and the less they give the customer. In 2001 Henry started his own company Tiver Security, with the intent to not merely make a living but to provide a good service to his customer base.

In 203 Henry and Greg joined forces and renamed Henry’s original company Protective Services Group, Inc. Both men wanted a company small enough that more than one employee knew at least every individual customer. In an effort to fully involve all future employees in the customer friendly concept, it was decided that a plan would be worked out to continually pass on the company to active employees as retiring employees left. With a vested interest it was thought that everyone would be motivated to satisfy customers and pay attention to their needs. At the same time normal profitability would permit a decent living for all employees. It was also decided that unlike the larger companies, we would never hire people off the street with the idea of training them in less than one year’s time and expect them to go out and service sophisticated alarm systems. With that in mind, our next service technician, Michael Sink, came on board with nearly 24 years servicing electronics. 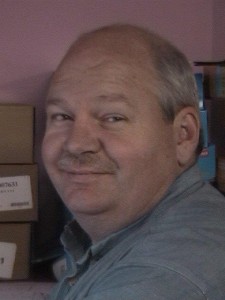 Before coming into the alarm industry three and a half years earlier, Mike had served in the U.S. Air Force for over 20 years working on the electronics in many different types of tactical aircraft. As of the date of this writing (2017), the only person that might be sent out to your house/business to actually “Trouble Shoot” any problems will have a level of experience of the three above mentioned men. In other words the average alarm electronics experience level of an actual troubleshooting tech entering your site will exceed 25 years, and he will have a vested interest in solving your problem. 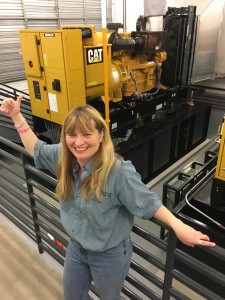 In 2010 Dee Leeds came on board to help with administering the office. Dee brought with her various credentials in administering small offices. She has completed many courses on business related topics including collections and computer training in addition to having numerous college level business courses in her resume. Most of all her greatest value is in her ever present effort to learn more and more alarm system operation protocols. With this knowledge she can better interface between customers and technicians. Affable and completely focused on our mission here, she fits in well.